And another quick Mesa Vista update! 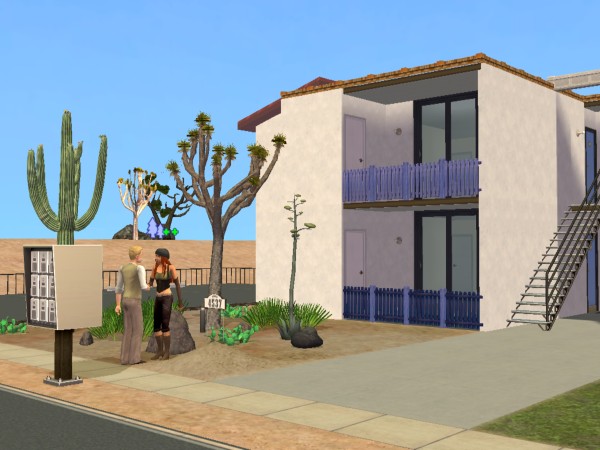 Adrienne Kerrigan was taken in by Stephan Shin and his boys after Diane was tragically killed in a kitchen fire. She then moved to Mesa Vista's first apartment complex, the affordable Esmeralda Apartments. 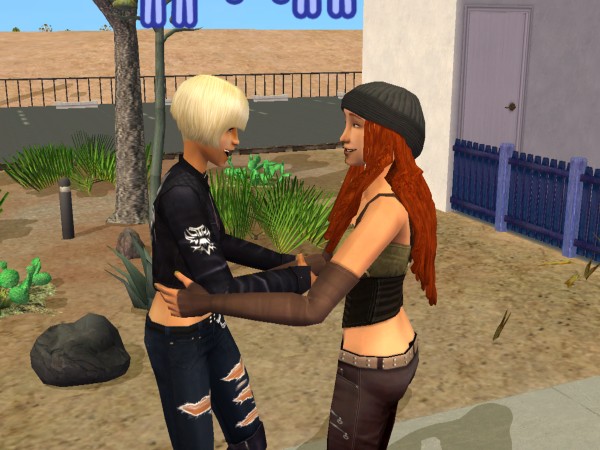 "Lavender! You should move here too, wouldn't it be great to be neighbors?"
"Hell yeah, but I can't afford to right now."
"Well, that sucks."
"I know!"
"Sorry to cut this short, but I have to get to work."
"Me too. Dag-dag, later, Adrienne!" 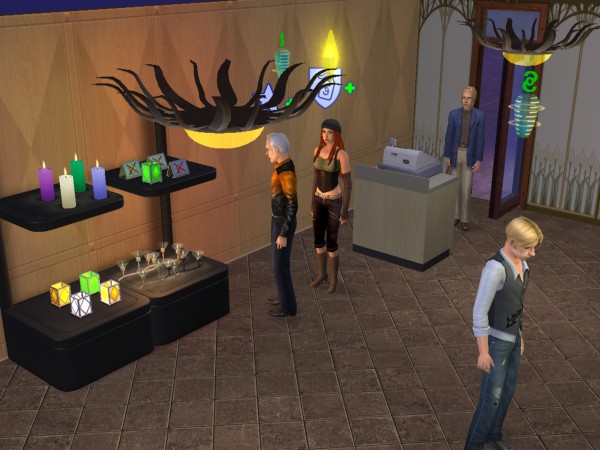 The main reason Adrienne chose an apartment over a house, was so she could afford a business, which she named Enlightened Candles. 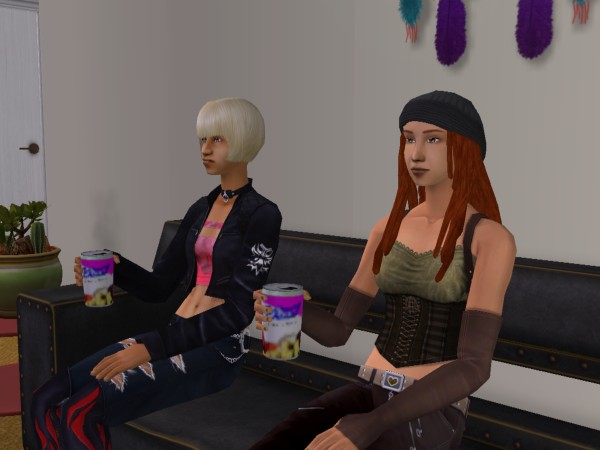 "It's so frustrating not to be able to get an apartment on my own," Lavender said.
"What about roommates?" Adrienne suggested.
"I tried. I didn't qualify for the roommate pool either."
"Why?"
"I don't know. They're stupid!"
"Dang, that sucks!"
"I know! Got anything else to eat? I'm hungry."
"No, let's go out. Pagoda Sushi, my treat." 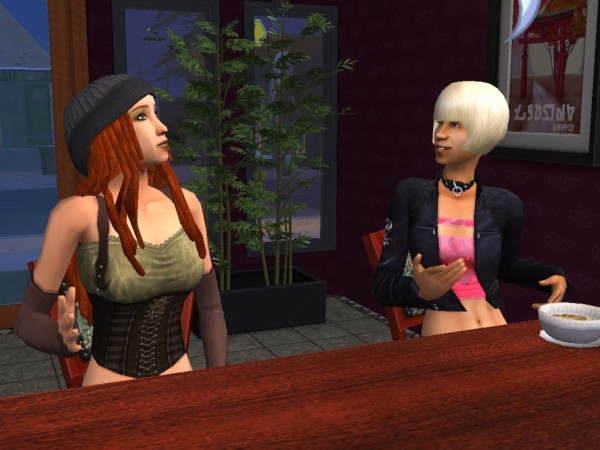 "Do you know one of the reasons I moved into the apartments?"
"Because they're cheap?"
"They're not that cheap, but yeah, that's one reason. The reason I'm talking about, though, is I hoped we could be neighbors or roommates."
"Really?"
"Yeah, you're my friend, and you're cool."
"Really?"
"Yes really. But it's turning out to be impossible! This is so frustrating. Maybe an apartment isn't for me after all." 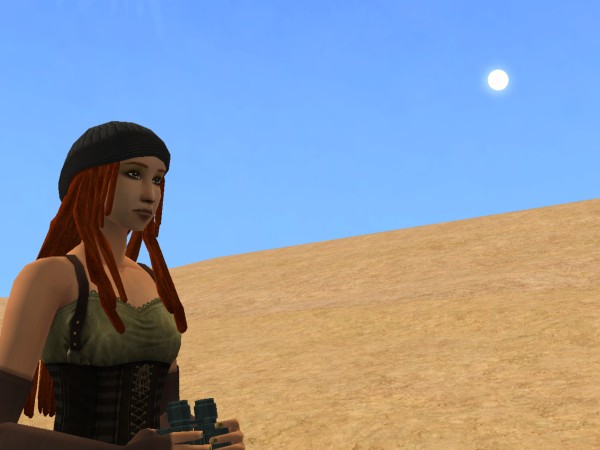 Adrienne didn't know at the time, but she figure something out. She packed up her belongings and bought a small plot of land, where she invited Lavender to move in. 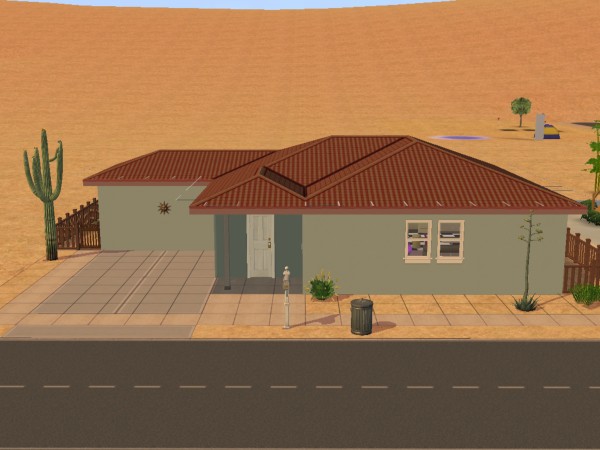 They could have moved back into Esmeralda Apartments, but they only had one-bedroom units. Owning a home in the long run cost less money than renting over a period of time.

This is a made-over version of EAxis's Tiny House, a very affordable home with a really good layout. I'm tempted to place and make over a few of this particular lot as a housing tract. 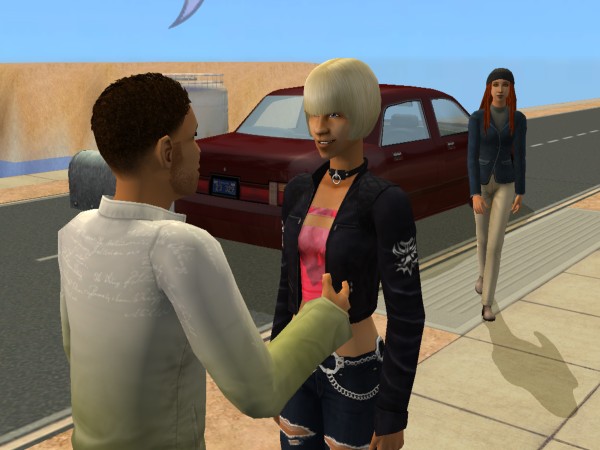 Sure enough, no sooner had Adrienne got her roommate, than Lavender developed the hots for Gavin Newson. One annoying thing about roommate situations IRL is they never seem to last.

By the way, Adrienne wants to be The Law (so does Lavender). I don't like that only Uni grads can enter the career, and it doesn't really affect the score, so for now I'm ignoring that rule. 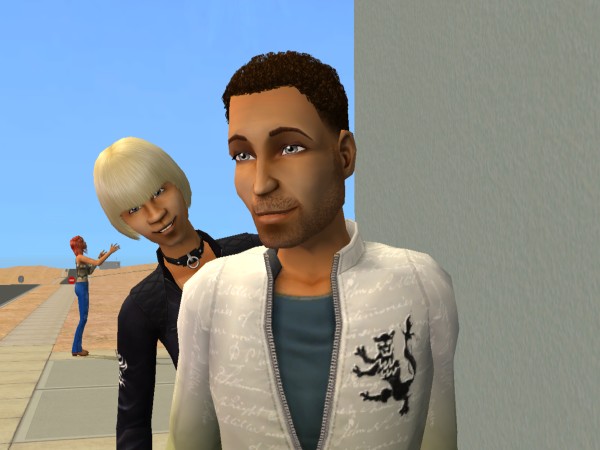 I have to say, though, that I'm shipping Lavender and Gavin. 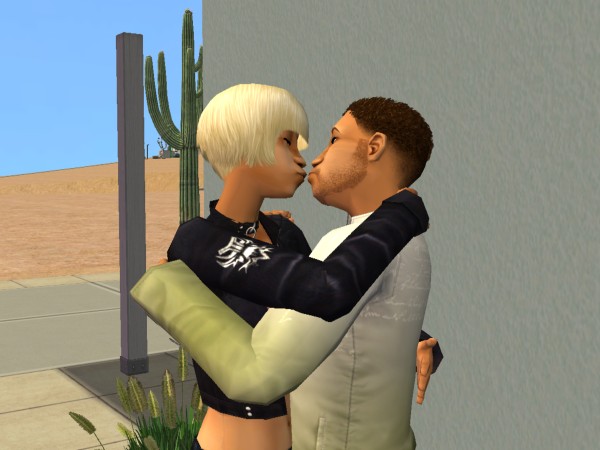 Yep, I think they're cute. If they end up together, they'll stay with Adrienne for a while at least. 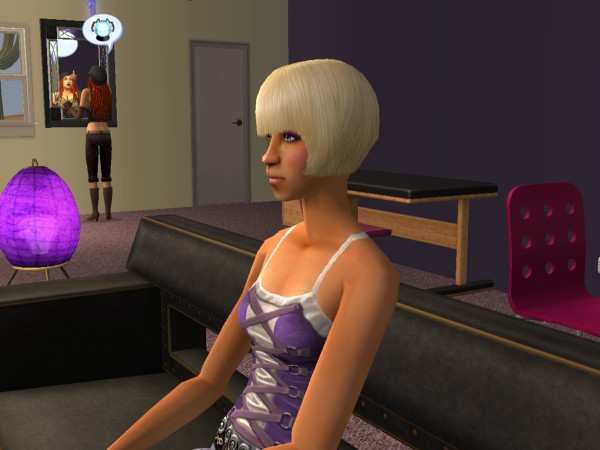 After her makeover. She's very cute and I like her name. I would never choose that hair, mainly because it hides so much face, but I think it really suits her.

This was a fun week, a cute household. Sorry for the gap in pictures, I no longer take many so I can get through the households quicker.

Thank for reading and Happy Simming!

Recent Posts from This Journal